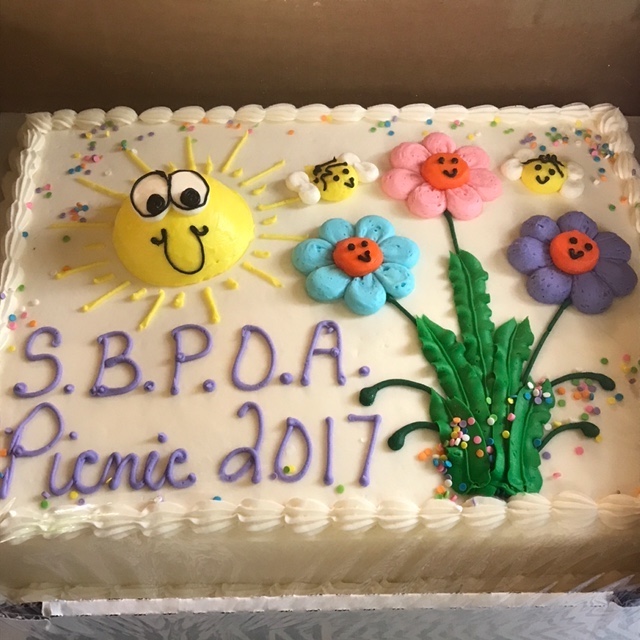 Firstly, we can’t thank Dorothy Keizer enough for all the years she tirelessly convened this annual picnic and made it look so effortless along with her late husband, Ron Keizer by her side!!  They are both greatly missed in South Beach!

Lisa Raymond, our new President, and myself, Val Verity, new Treasurer, would like to thank all the volunteers who came forward to lend a helping hand as well as those who attended to help make this picnic a great success…….it certainly helped that the weather co-operated!!!

Ralph Caligiuri was happy with the bocce ball tournament.  Although, he would be much happier if there was greater participation.  Let’s help Ralph with that next year!

Thank you to John Borelli for donating the A&W burgers and buns.  Also, thank you to everyone who brought tasty salads and the cakes which were donated by Lorraine Walton and Chrissie Mendela.  It certainly takes a good team to create such a fun event.

We would like to give a huge thank you to Guy at Superior Asphalt for donating and installing the asphalt under the structure in the park which made the site so much cleaner for the BBQ’s and tables of food.    Also, thank you to Ross Moore for donating the grand door prize of $1,000.00 for a comprehensive eye exam and eye wear.  For the silent auction items….. Cliff King for donating Remax balloon rides for 2 people, Charlie and Joanne Burns for donating a new bicycle, Ken and Kathleen Coe for the golf gift certificates at the Teulon Golf Course, Lorraine Walton for a large wok pan, Thomas Achenbach and Angie Auer for the sports equipment, Vactionville Store in Gimli for children’s clothing, and Paulette Sullivan for the gardening items.   Thank you, Ev Ward de Roo, for putting up the signs to advertise the annual picnic and sending out the emails to everyone.

Also, thank you to those who stepped up to help with the races…….many young children and the big kids too had a great time!

We had a fabulous turnout this year!! 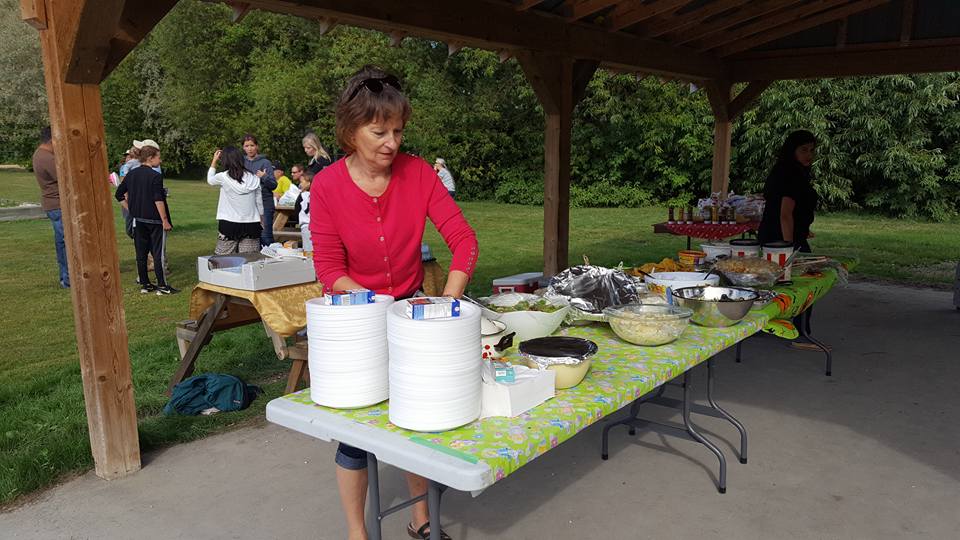 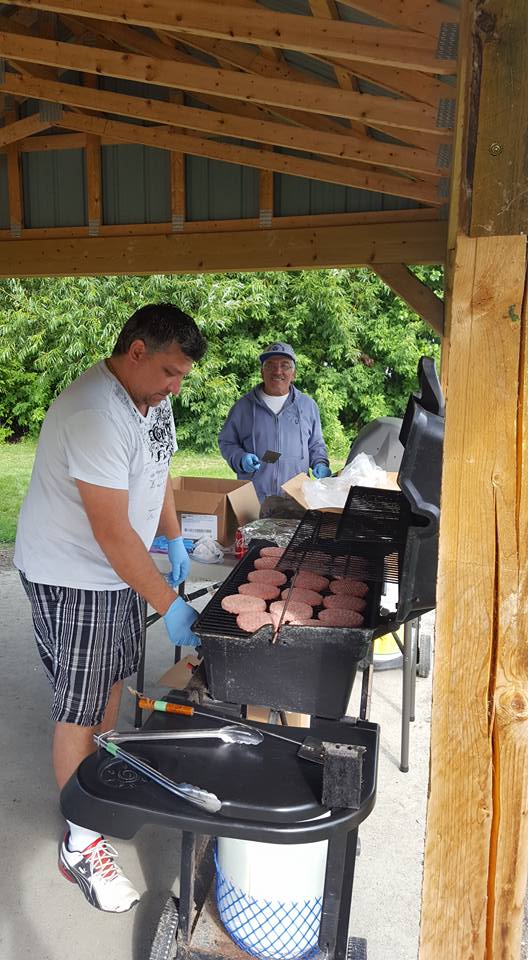 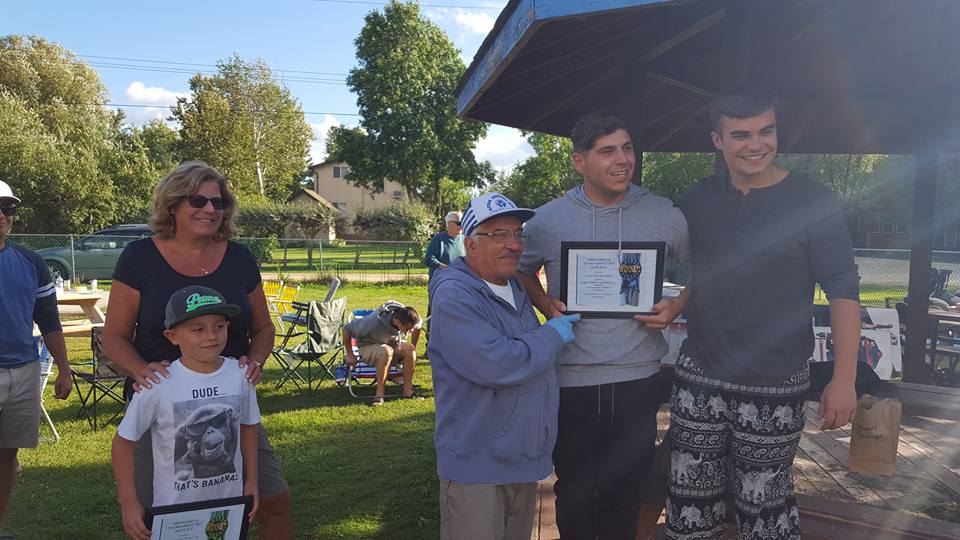 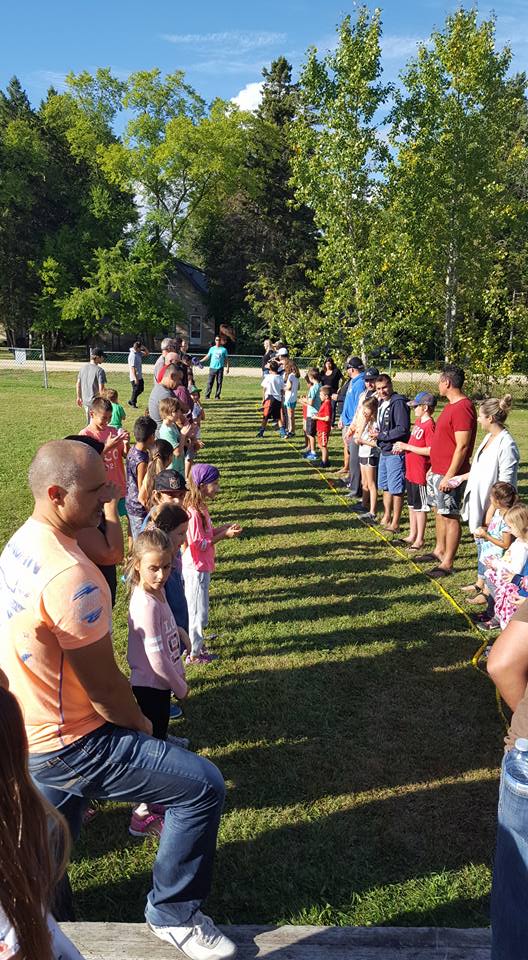 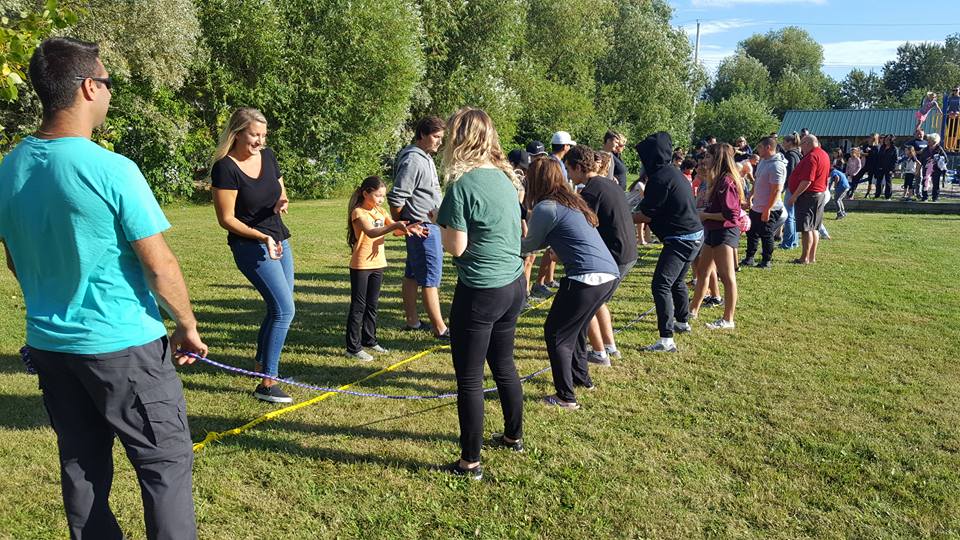 Elena Caligiuri cashed in on her Grand Prize from last summer’s SBPOA picnic. $1000 worth of eyewear donated by Dr. Ross Moore, Nowlan and Moore Optometric, Winnipeg. Ross is the President of South Beach Property Owner’s Association. 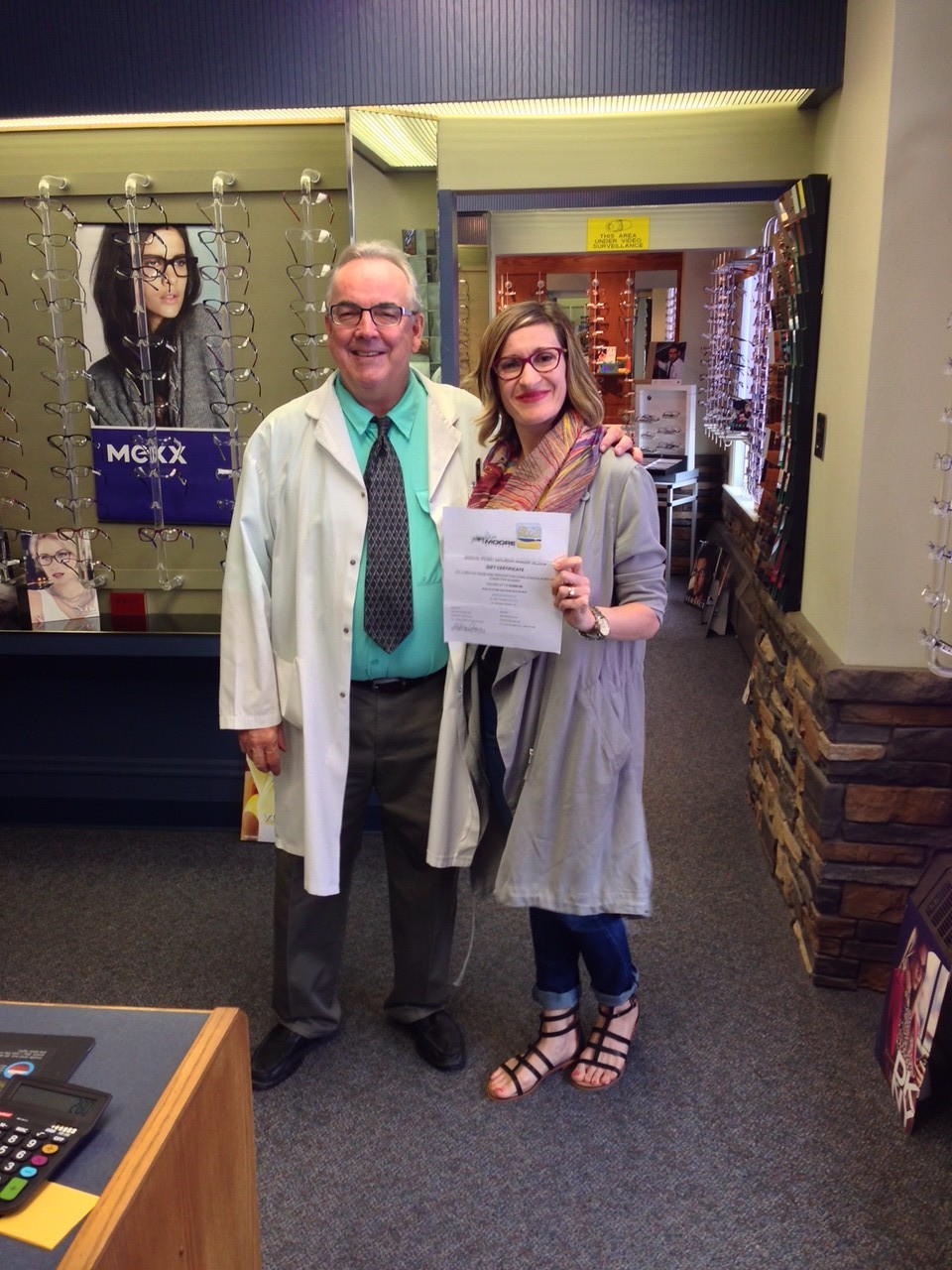 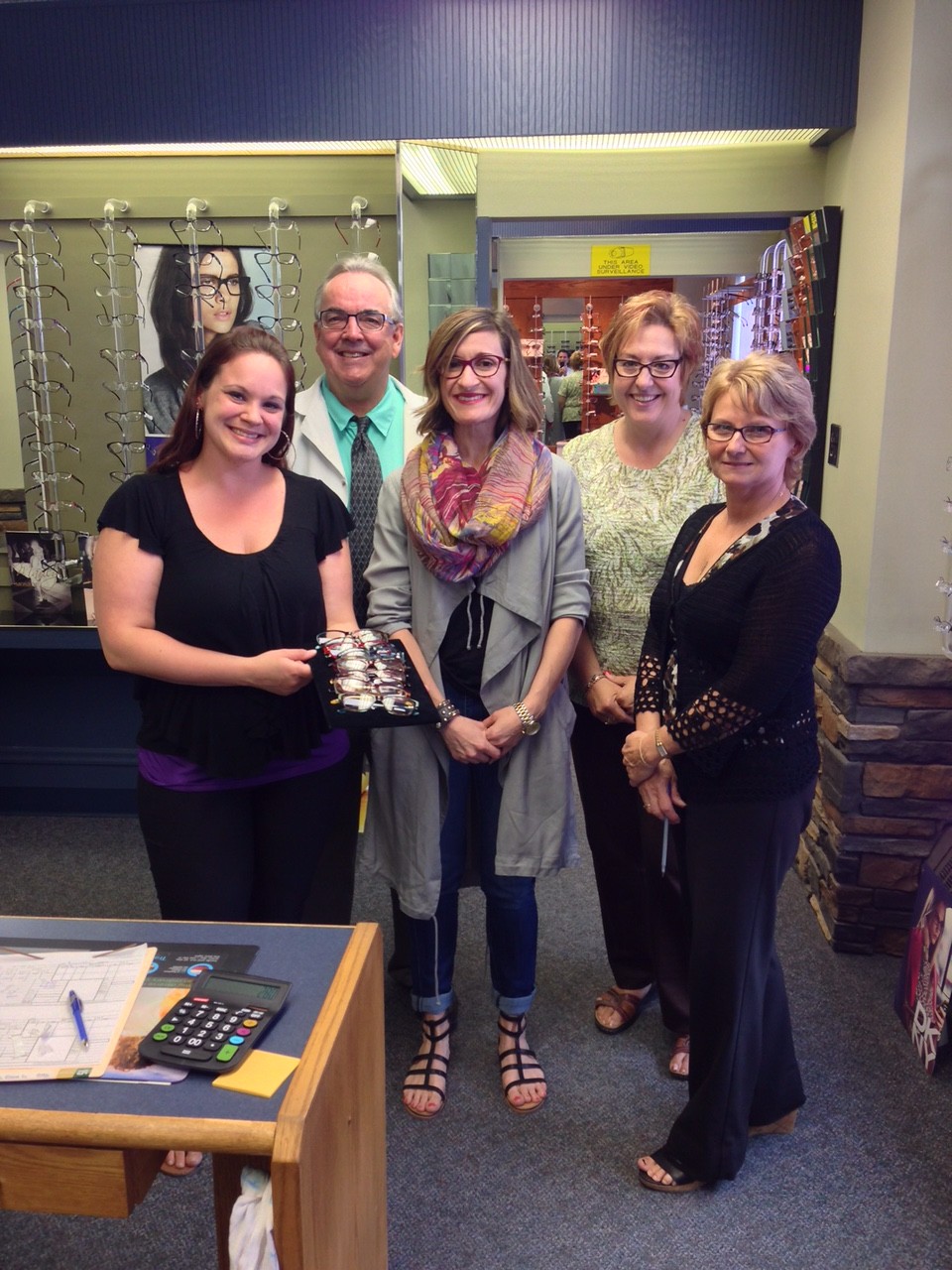 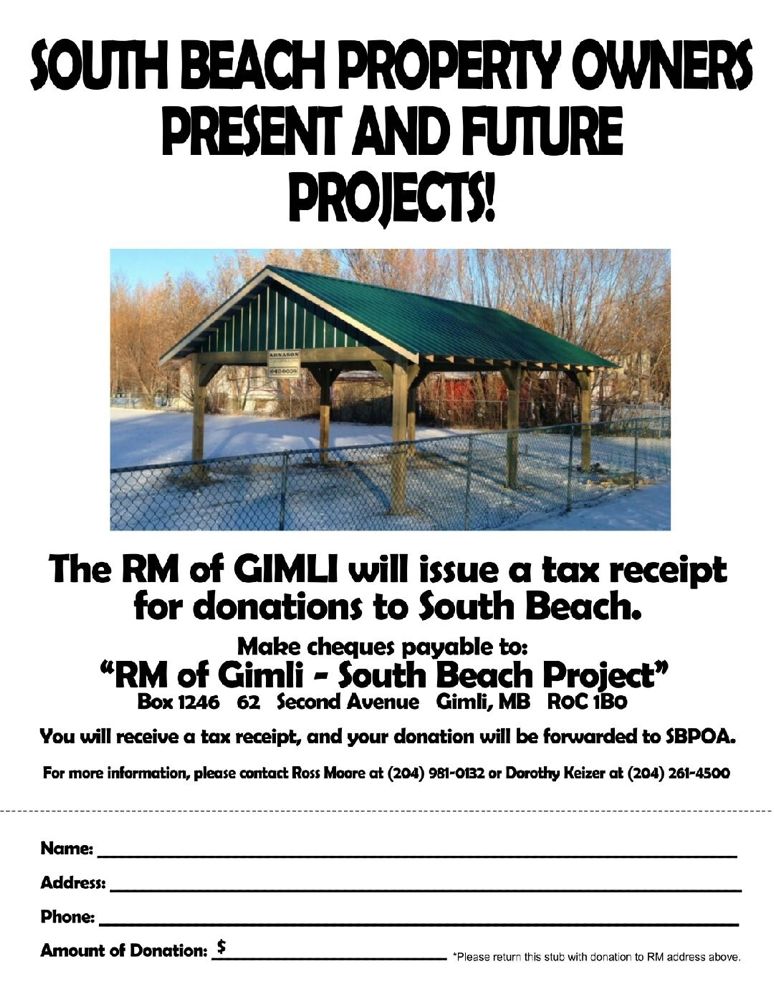 Whether you call it a gazebo or a pavilion, it’s on its way up at J. Stephen Park in South Beach, Gimli. 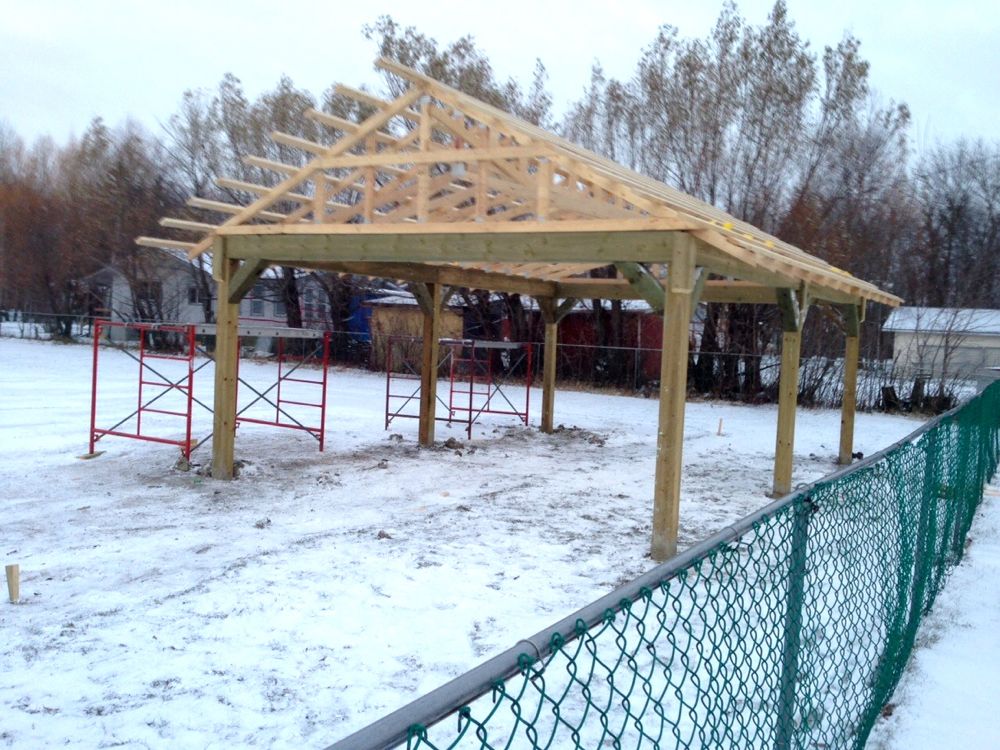 You can donate to this project by sending money to the RM of Gimli: Attention South Beach Gazebo. A tax receipt will be issued.

It is with much sadness that we announce that the husband of our dear Megan Gauthier from Howard St passed very suddenly on June 19th. Joe was 62. 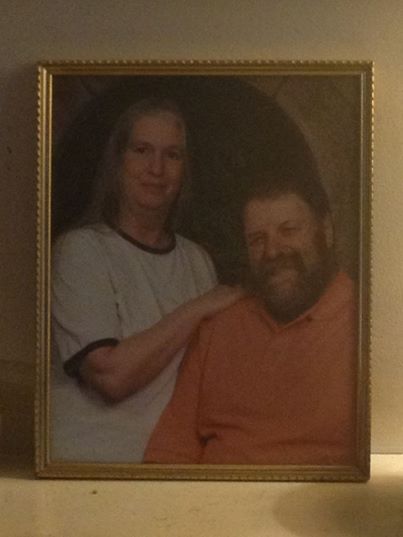 SBPOA sends our sympathy to Megan and her family. 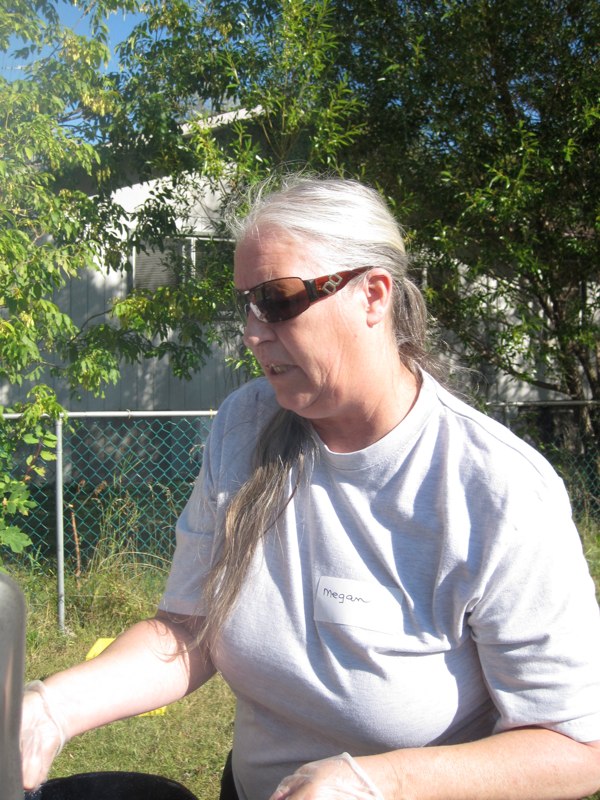 JOSEPH GAUTHIER Unexpectedly, but peacefully on June 19, 2014 Joseph “Big Daddy” Eugene Gauthier passed away at the age of 62. He leaves to mourn his wife Megan, sons Martial, Mike (Ashley), and Joel. He was predeceased by his parents Joe and Yvonne, brothers Roger and Eldege and sister Delia. Also survived by brothers and sisters, Zephyr, Jeannette, Solange (Emile), Roland (Isabel), Philip (Simone), Annette, Robert (Suzanne), Regis (Jackie), Lorraine (Denis), Aurele, Lea (Jeff), Claude (Bonita), Ron (Adele), Claudette (Randy), Gisele (Eduardo), and sister-in-law Anita. Also his wife’s brothers Ed (Gaye) and David, as well as numerous nieces and nephews. He will be greatly missed by his co-workers at Metal- Pac Mfg. Joe was born in Fisher Branch and raised on the farm, He enjoyed going to the cottage in Gimli, where we will cherish many memories throughout the years. He loved his vegetable garden and hunting with his brothers. A special thank you to all staff at MICU 2nd floor at St. Boniface Hospital for their exceptional care. Per Joe’s wishes, no funeral. Celebration of Life to be held at a later date. Any donations can be sent to the Heart and Stroke Foundation. Family and friends may sign a Book of Condolence at www.glenlawn.ca. Glen Lawn Funeral Home 982-7550 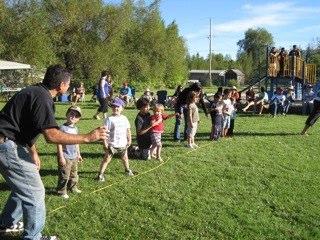 from DailyOM by Madisyn Taylor

Creating community is an important part of receiving the support we all need to navigate through life.

Since the modern Western lifestyle can isolate us from one another, it is often difficult to forge meaningful connections. Self-protection and mistrust prevent us from reaching out to neighbors and peers, and we consequently feel like we don’t truly belong anywhere. Yet creating community can be as simple as reaching out within our own neighborhoods. To form the bonds that eventually solidify into long-lasting friendships, we must first be willing to rise above the walls of suspicion and doubt dividing us from the individuals who inhabit our neighborhood, block, or our building. We are taught from childhood to fear those we do not know, but community is as much a part of survival as safety. When we take a proactive approach, we can harmoniously unite our neighbors and build a network of support that contributes to the well-being of all involved.

Your overtures of community needn’t be complicated. If you are new to your neighborhood, sending letters of introduction to your closest neighbors can ensure that their curiosity about you is partly satisfied. Consider telling them a bit about yourself and how you plan to positively contribute to your locale, even if it is something as straightforward as planting attractive flowers in your window boxes. Or if others have recently moved in nearby, schedule some time to welcome them to the area. By doing so, you can calm any misgivings they have while demonstrating that your neighborhood is a nice place to live. It is much easier to meet people while outdoors, so try to take frequent strolls or sit on your stoop or porch if you have one. Say hello to people who pass by, and you will likely get to know your neighbors speedily. And one of the easiest ways to build a sense of community is to organize neighborhood projects and events that bring people together in service or in fun.

Even if you have little in common with your neighbors, your proximity to one another can offer a wonderful opportunity to pursue new friendships and working relationships. You may not see eye to eye on matters of spirituality, politics, or lifestyle issues, but each of you understands that community helps people feel connected. As you grow to know and then to like one another, the city or town where you reside will truly become your home.

Next meeting date TBA. Meetings are held at the Gazebo at 9AM, at J. Stephen Park, corner of Anna and Howard. Bring your own lawn chair and coffee cup.